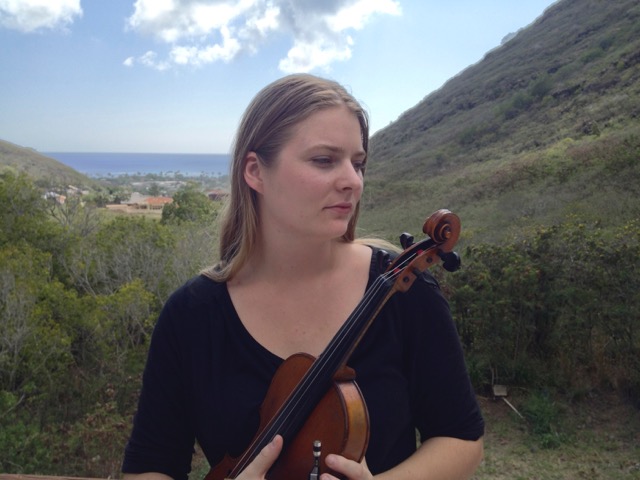 Hailing from Honolulu, Audrey Knuth moved to Boston in 2008 to attend Berklee College of Music and to explore the thriving New England folk scene. After graduating, Audrey has made a name for herself in the music community, as a dance fiddler and audio engineer. With her bands, The Free Raisins, The Gaslight Tinkers, Audacious (with Larry Unger) and Wake Up Robin, she has travelled across the US and Europe, playing for dances and concerts. She’s equally adept at teaching workshops, and has been on staff at various camps including Pinewoods, Ashokan Northern Week, BACDS American week and Halsway Manor. Audrey’s fiddle playing can be described as rhythmically lively; she’s guaranteed to get you up and dancing.