Renaissance and Baroque music for advanced musicians and singers

During Early Music Week at Pinewoods.

Open to singers and instrumentalists (string, wind, and keyboard players) with advanced reading skills and solid technique, the Advanced Ensemble Intensive offers a week-long focus on small ensembles, which may include matched or mixed consorts, vocal groups, or ensembles with continuo. Participants should be ready to work semi-independently as well as with a coach, and ensembles will have the opportunity to play for and give feedback to each other.

The second morning period is left free so that members of Advanced Ensemble Intensive may enjoy the English country dance classes that help to make CDSS Early Music Week unique among summer workshops. During the second afternoon period, participants may continue to work independently or may join the All-Camp Collegium. All are encouraged to dance every evening with the rest of the camp participants.

All classes with viols will be held in enclosed spaces to minimize the effects of the inevitable humidity of our pond-side setting.

The Advanced Ensemble Intensive is intended for players interested in working on their ensemble skills.  Participants must be fluent with voice or on all instruments in a family, and able to:

Participants must have some familiarity with historical notation, or the willingness to learn more about it.

Michael Barrett is a Boston-based conductor, singer, multi-instrumentalist, and teacher. He serves as music director of The Boston Cecilia and Convivium Musicum. Michael is also an Assistant Professor at the Berklee College of Music, where he teaches courses in conducting and European music history, and was recently appointed as Interim Director of the Five College Early Music Program, where he directs the Five College Collegium.

Emily O’Brien is from Washington, DC, where she played recorder from a young age. She studied recorder and french horn at Boston University, and recorder and Baroque flute at the Hochschule für Musik in Karlsruhe, Germany. She performs in recorder ensembles and historical chamber music, as well as English Country Dance bands. As a teacher, she works with private students and ensembles in the Boston area and at summer workshops. Emily’s solo album “Fantasies for a Modern Recorder” explores the variety and possibilities over four centuries of repertoire offered by the Helder Harmonic Tenor recorder, including a variety of flute and violin music usually inaccessible to the recorder as well as new works commissioned for the project. In her spare time, she enjoys long distance cycling.

To apply for this course, after you register for camp, you will be directed to fill out a survey.  Survey responses are requested as soon as possible, but by March 15 at the latest.

If the course is over-subscribed on March 15, preference will be given to more experienced musicians. 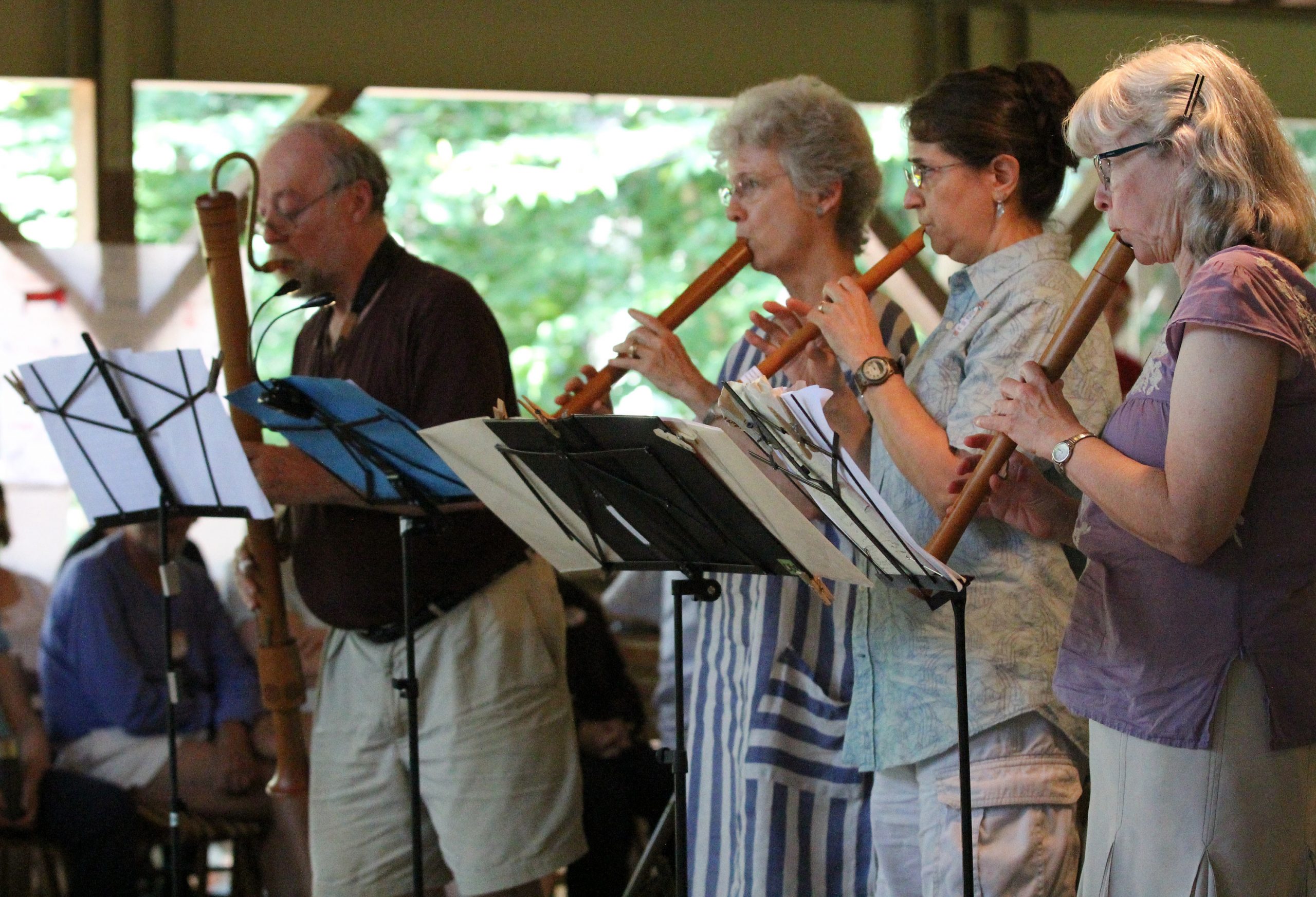