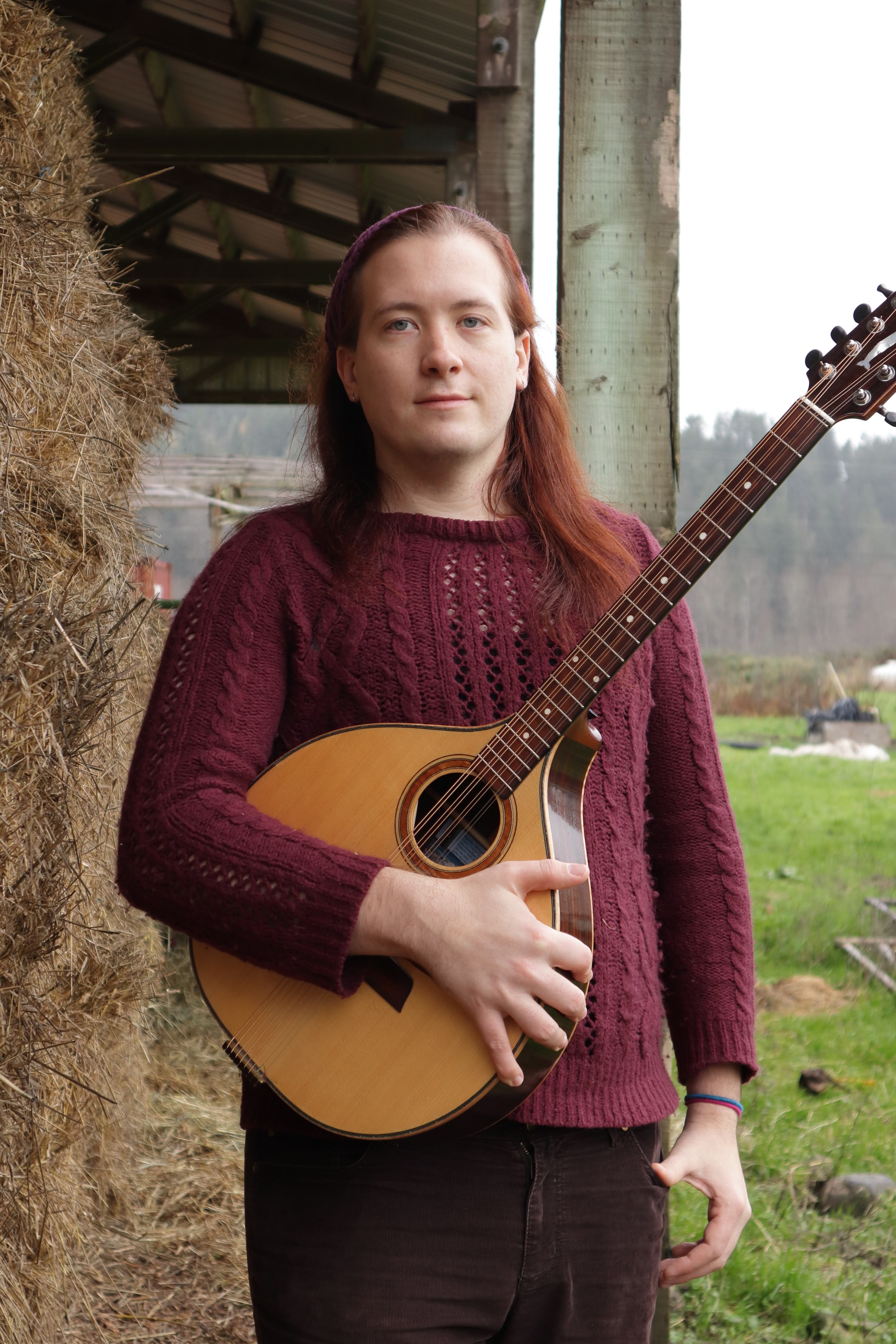 Alex Sturbaum is a traditional musician based in Olympia, WA. Alex is a singer, songwriter, dance musician, and multi-instrumentalist, and performs across the country at festivals, contra dance weekends, and more. A versatile and engaging performer steeped in folk music from both sides of the Atlantic, they draw influences from Celtic, American, English, Canadian, and martime music to create something at once old and new. Alex’s performances are known for high energy and an instant rapport with audiences. Alex is best known for their powerhouse guitar and accordion playing, their sharp, traditional-sounding lyrics, and their enthusiasm and appetite for collaboration – the latter of which has led some to call them “one of the most get-sh*t done people in folk music”. They tour regularly as a solo artist and as half of the duo Countercurrent with Brian Lindsay. They also teach, record, and produce projects such as The Vashon Sessions (a collaborative music project connecting musicians across the Pacific Northwest) and Raise the Rafters (an annual traditional singing weekend). They have performed on many albums, and have released three solo albums: River Run Wide, Loomings, and Atlantic Dreams.”