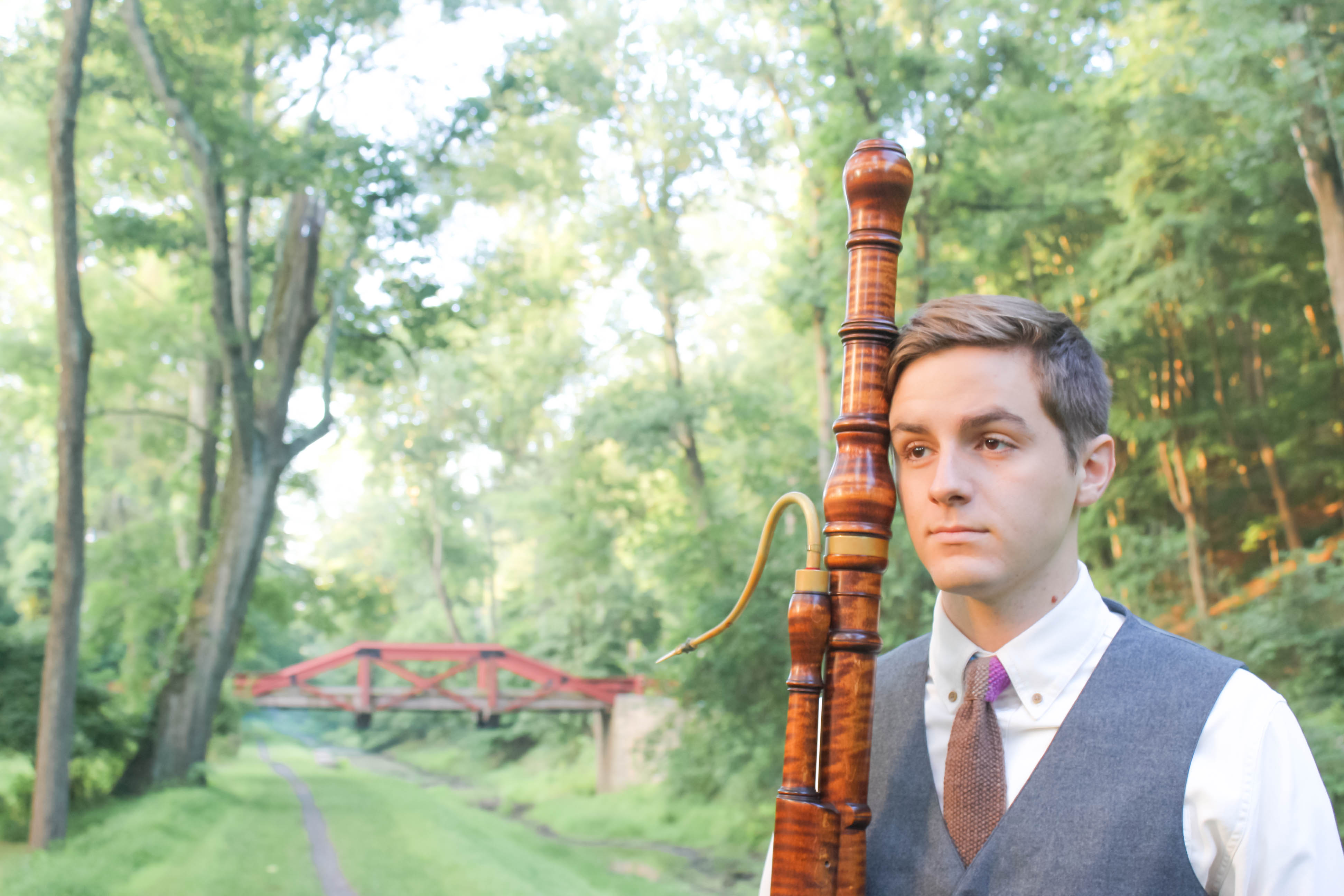 Ben Matus (winds) enjoys a varied career in music: bringing to life music regardless of whether it was written in the Middle Ages or yesterday. Ben performs with early music groups on various bassoons, dulcians, shawms, recorders, bagpipes, and whatever instruments he can get his hands on along the East Coast—including Alkemie, Early Music New York, New York Baroque Incorporated, Trinity Baroque Orchestra, The Clarion Society, Opera Lafayette, The Washington Bach Consort, The Handel and Haydn Society, Mountainside Baroque, and more. In addition to his performances in concert halls, Ben plays and sings for the Chivalrous Crickets, a band focused on the folk traditions of the British Isles, America, Canada, and their early music roots. Ben began his musical training as a boy soprano in a church choir in Bucks County, PA and continued on to receive a BM from the Eastman School of Music and a MM from the Juilliard School. His latest passion project is self-accompanied medieval songs and stories- singing and playing bagpipes. In his spare time Ben can be found attending his friends’ concerts (pandemic permitting), drinking objectively too much coffee, learning new instruments and skills, or recording birds deep in the woods.