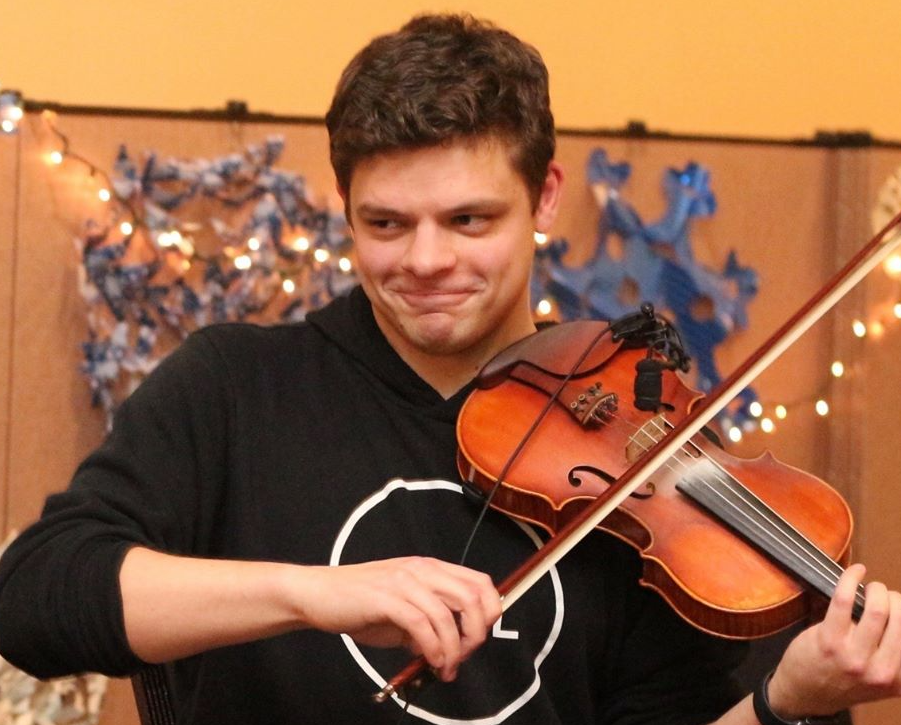 Ben Schreiber is a contra dance fiddler and tune writer who started with the Suzuki method at an early age, and has since shifted into the world of folk music. A Midwest native, Ben was exposed to many styles of folk music early on, which have all influenced and shaped his style of playing. Ben currently lives in St. Louis, MO, but was previously located in the San Francisco Bay Area, where he established his first regularly touring contra dance band, Uncle Farmer. Ben’s other contra dance bands include The Dam Beavers, Offbeats, and Potent Brew, as well as the more newly established chamber-folk trio, Long Story Short. Aside from music, Ben enjoys cooking, biking, and digital art/design, and hopes to someday release a book of original tunes.