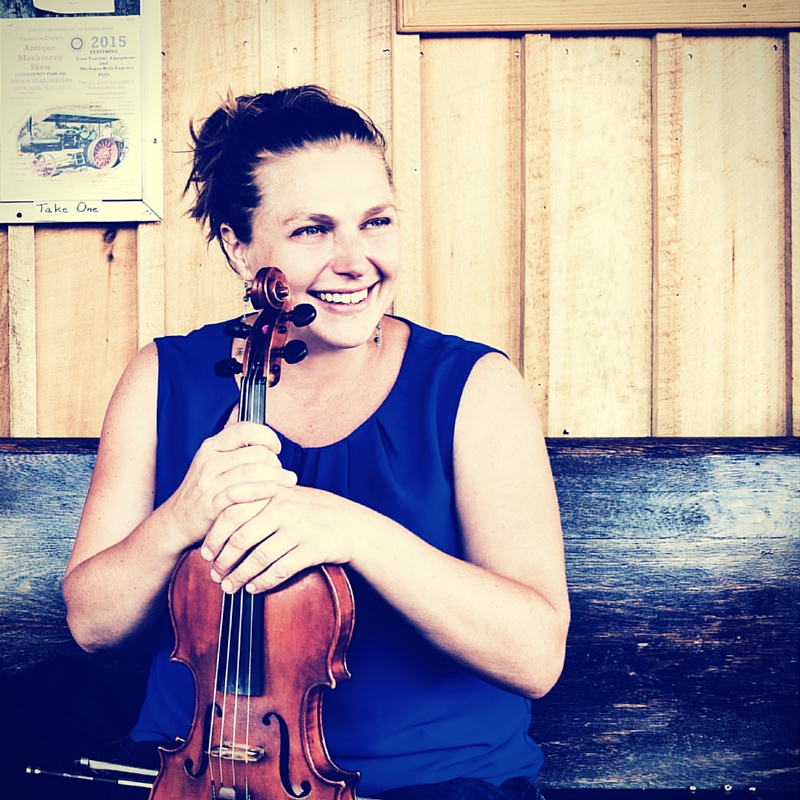 Deb Shebish is a dynamic fiddler and educator originally from Whiting, Indiana. She fell in love with old-time, Irish, and bluegrass fiddling in Bloomington, Indiana in 1998 and was greatly influenced by the musicians there. In 2000, Deb met Joe Dawson, (1928-2012), an old-time fiddler from south-central Indiana who grew up deeply immersed in the traditional music of the area. She loves to share his unique style and repertoire that she learned from his weekly living room jams.
Deb has performed at dances, festivals, and concerts throughout the United States, Canada, and Europe at venues such as the The Ryman Auditorium in Nashville, TN, the United States Air Force Academy, the Waterford Tall Ships Festival in Ireland, and the Leith Folk Club in Scotland. Deb lives in Philadelphia, PA where she performs and teaches students of all ages. www.debshebish.com