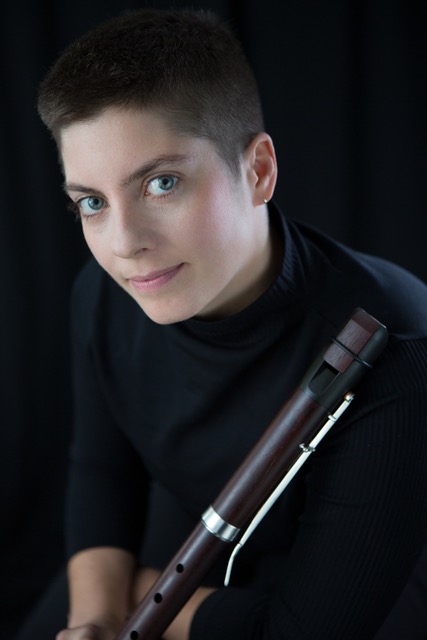 Emily O’Brien is a native of Washington, DC where she played recorder from a young age. She studied recorder and french horn at Boston University, and recorder and Baroque flute at the Hochschule für Musik in Karlsruhe, Germany. She performs in recorder ensembles and historical chamber music, as well as English Country Dance bands. As a teacher, she works with private students and ensembles in the Boston area and at summer workshops. Emily’s solo album “Fantasies for a Modern Recorder” explores the variety and possibilities over four centuries of repertoire offered by the Helder Harmonic Tenor recorder, including a variety of flute and violin music usually inaccessible to the recorder as well as new works commissioned for the project. In her spare time, she enjoys long distance cycling.