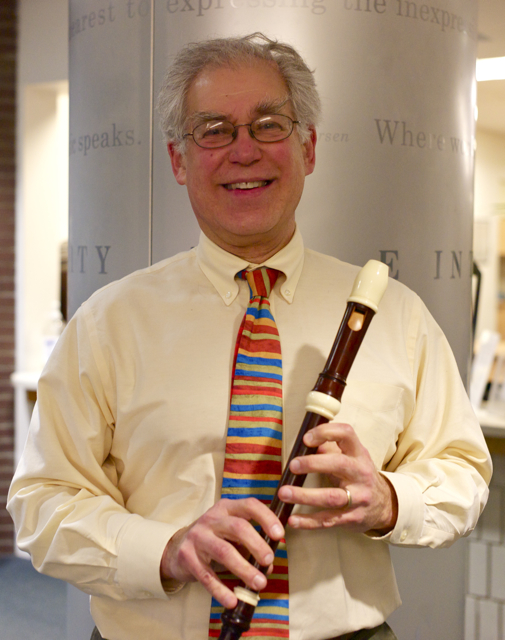 Lawrence (Larry) Zukof (recorder and voice) has performed extensively with numerous renowned professional performing groups. He toured the U.S. and Europe with the Boston Camerata and has been a recorder soloist with Civic Orchestra of Boston, Orchestra New England, the Baroque Orchestra of Holy Lutheran and Trinity Church. He sang regularly with the Pro-Arte Singers, Connecticut’s pre-eminent professional chamber choir. As a singer and recorder soloist, Mr. Zukof has also performed with Cappela Cantorum and at the Yale Norfolk Summer Festival, the Yale Center for British. He currently sings with Yale Camerata, the Chamber Chorus and is the baritone section leader at the historic Center Church on the New Haven Green. Mr. Zukof teaches privately and is a regular workshop leader for various chapters of the American Recorder Society (ARS), including the Connecticut Recorder Society, Eastern Recorder Society of CT, the New York Recorder Guild, and Long Island. He has been on the recorder faculty at Amherst Early Music Festival, and has taught early music workshops at Westminster Choir College, Skidmore College, and Early Music Week at Pinewoods where he has been the director (2015-16). He is currently a recorder teacher for the ARS national Traveling Teacher Program. Recently, Mr. Zukof stepped down as the Executive Director of the Neighborhood Music School (1996-2014), one of the ten largest community arts schools in the country. Before coming to New Haven, Mr. Zukof was the Director of Brookline Music School, MA (1984-1996). He received his Master of Music degree from the New England Conservatory of Music (Boston, MA) in early music and continues his musical journey currently focusing as well on viola da gamba and violin.