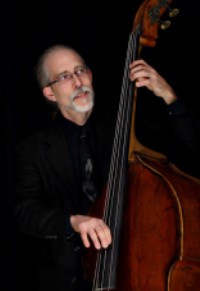 Ralph Gordon is a uniquely versatile musician, bringing more than 45 years of musical experience to the bass and cello. He is equally at home in folk, old time, swing, jazz, blues, bluegrass, klezmer, chamber group settings and all styles of music for dancers. Ralph, classically trained, studied music at West Virginia University and the Manhattan School of Music. He left Manhattan to perform with the New Jersey Symphony, then toured with Fred Waring and the Pennsylvanians. He eventually returned to West Virginia where he joined the ground breaking folk ensemble, Trapezoid. Nine years and four recordings later he left the group in 1986 to become a free-lance musician. He toured with Freyda and Acoustic Attatude and has been a member of Childsplay for 20 years. Ralph has performed with many individuals and groups in a multitude of musical styles and settings from weddings and special events to Carnegie Hall, the Kennedy Center, Blues Alley and Strathmore Hall. Ralph has played at festivals across the country and venues around the world. He is a sought after freelance artist and session musician in the Washington/Baltimore metropolitan area. He can be heard on many recordings, often contributing to arranging and producing. He teaches bass and performance classes at summer and weekend camps across the country.