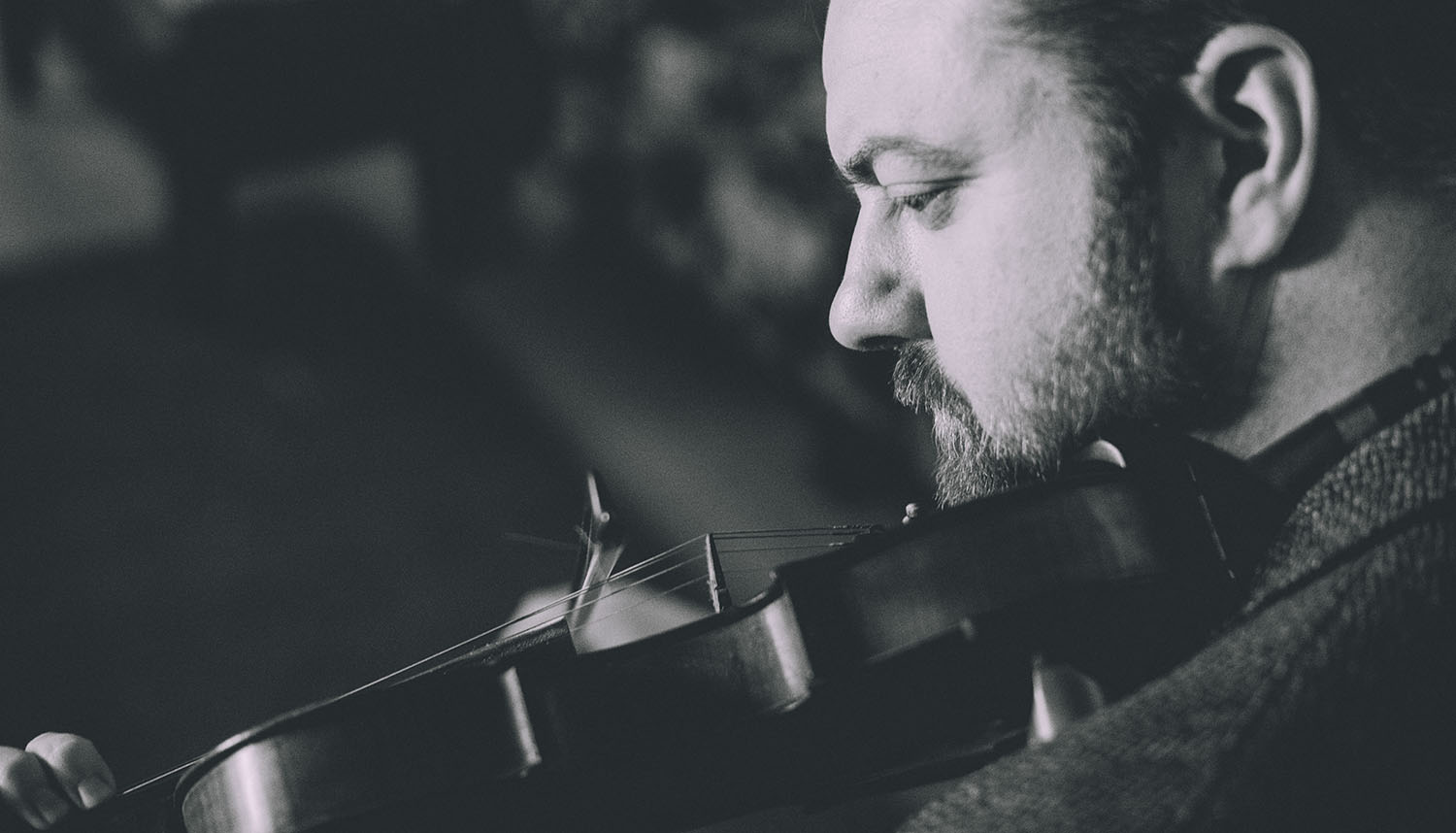 Fiddler and violist Ryan McKasson has gained a reputation as a performer, composer, collaborator, and teacher. In 1996 he was the youngest to win the National Scottish Fiddle Championship. In 1997 he was awarded a Merit Scholarship for Viola Performance from the University of Southern California. Ryan has been a member of many bands over his 40 plus year career including his family band, The McKassons, The Syncopaths, Ensemble Galilei, MAC, Kalos, and duos with Eric McDonald and Colin Cotter. Ryan has taught at many summer fiddle schools including Valley of the Moon Scottish Fiddling School, Festival of American Fiddle Tunes, Rocky Mountain Fiddle Camp, Swannanoa Gathering, Lark Camp, Fiddle Hell Online, and Pure Dead Brilliant fiddle weekend. He has been featured on albums by Alisdair Fraser and Hanneke Cassel. Ryan has three albums due to be released in 2023: The Syncopaths sophomore album (yet to be named), Kalos’ debut album Headland, and a duo record of contemporary songs, electric guitar, and viola with Colin Cotter. Ryan lives in Washington with his wife Brooke and their four children.
————
A quote about Ryan. “The bow drives across the strings, thick and throaty, creating a pulsing sound that feels more of muscle than tendon…a compositional sophistication that is cinematic, transporting, and tantalizingly modern”, wrote The Boston Globe.