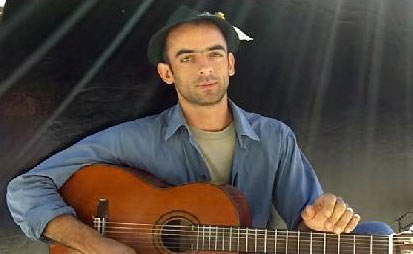 Géraud Barralon comes from Ardèche in the Rhône-Alpes region of France. Now married to a Brasstown native, he makes his home outside of Murphy, NC. With a background in Django Reinhardt style, rhythmic swing guitar, Géraud has performed for many swing dances in Lyon with a group, Djoukil. He sings original and traditional French song accompanying himself on guitar, fiddle or octave mandolin publishing his first album in 2012 called “Comment faire du feu….avec ce qu’il reste” (How to make a fire with what is left), and his second album in 2019 called “La trace du Poète” (The Poet’s Trail). As part of the French Appalachian old-time band, Ida Red Trio, Géraud has played the bass for many contra and square dance both locally and abroad and is now the director for the Cherokee County Junior Appalachian Music program.